The Festival of the Supreme Being 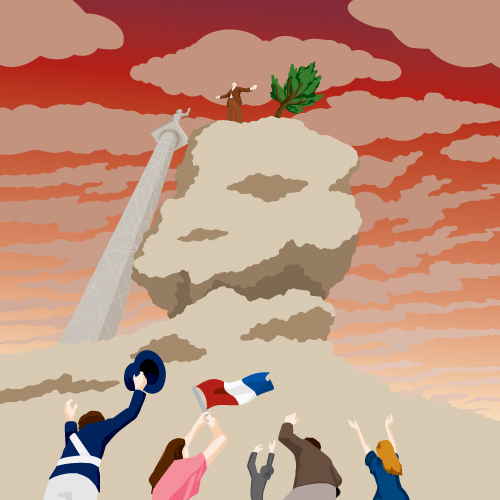 France celebrates its new state religion The Cult of the Supreme Being (Le culte de l’Être suprême) with festivals throughout the country and an especially large event planned in Paris. The Champ de Mars is transformed into a man-mountain, on top of which Maximilien Robespierre announces the new deist religion invented entirely by him but based upon the ideas proposed by Jean-Jacques Rousseau in his treatise The Social Contract. The new religion is a reaction against the atheist members of the revolution who had established the now defunct Cult of Reason. In his speech, Robespierre praises the truth and the social utility of the religion in that it encourages adherents to seek out “virtue” without the corrupting influences of the clergy.

Posted on June 8, 2011 by Julien
This entry was posted in POLITICS, RELIGION and tagged France, Rapture, RELIGION. Bookmark the permalink.