Atomic Bombing of Hiroshima and Nagasaki 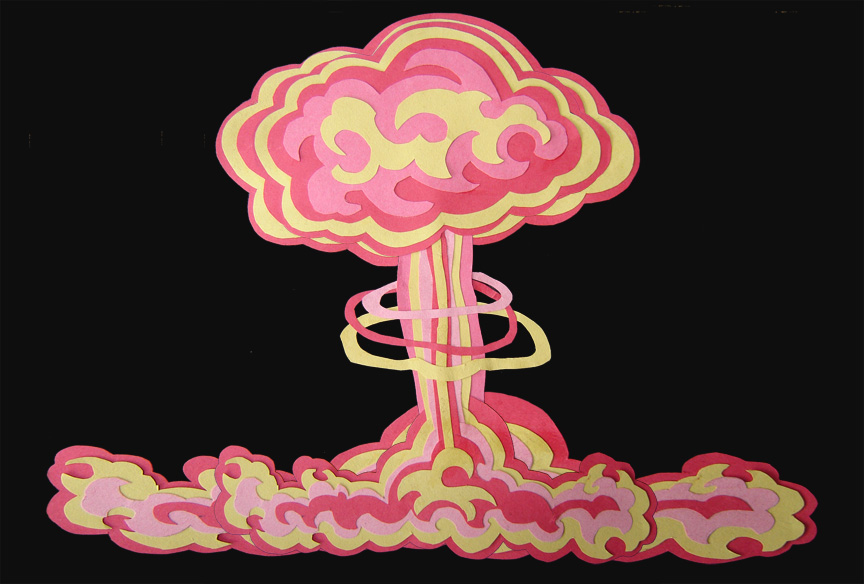 By executive order of President Harry S. Truman, the U.S. drops the nuclear weapon “Little Boy” on the city of Hiroshima on Monday, August 6, 1945, following with the detonation of “Fat Man” over Nagasaki on August 9.

Within the first two to four months of the bombings, the acute effects kill 90,000–166,000 people in Hiroshima and 60,000–80,000 in Nagasaki, with roughly half of the deaths in each city occurring on the first day. The Hiroshima prefectural health department estimates that, of the people who died on the day of the explosion, 60% died from flash or flame burns, 30% from falling debris and 10% from other causes. During the following months, large numbers die from the effect of burns, radiation sickness, and other injuries, compounded by illness. In a US estimate of the total immediate and short term cause of death, 15–20% die from radiation sickness, 20–30% from flash burns, and 50–60% from other injuries, compounded by illness. In both cities, most of the dead are civilians.

Six days after the detonation over Nagasaki, on August 15, Japan announces its surrender to the Allied Powers, signing the Instrument of Surrender on September 2, officially ending the Pacific War and therefore World War II, as Germany had already signed its Instrument of Surrender on May 7, ending the war in Europe. The bombings lead, in part, to post-war Japan’s adopting Three Non-Nuclear Principles, forbidding the nation from nuclear armament. The role of the bombings in Japan’s surrender and the U.S.’s ethical justification for them, as well as their strategic importance, is still debated.

Posted on August 9, 2011 by Julie
This entry was posted in EVENTS, POLITICS, WAR and tagged Genocide, War. Bookmark the permalink.