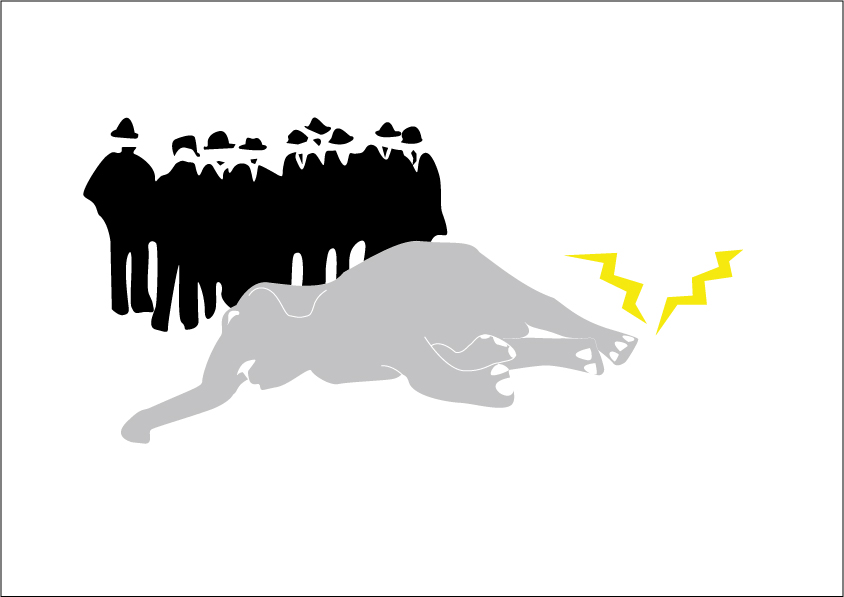 Topsy the Elephant (1875 – January 4, 1903) is electrocuted to death with 6,000 volts of electricity. Topsy, a trained elephant in the Forepaugh Circus in Coney Island’s Luna Park, had killed three men, one of whom, an abusive trainer, had tried to feed her a lit cigarette. The elephant was considered a threat and Luna Park announced it would execute Topsy by hanging in front of an audience.

When the ASPCA protested the execution, Tomas Edison suggested electrocution with AC. At this time, Edison was competing with George Westinghouse and Nikola Tesla to control the expanding electrical infrastructure. Edison had promoted the use of direct current (DC) for electric power distribution, whereas Westinghouse and Tesla recommended alternating current (AC). Edison proposed to show the danger in alternating current with the public electrocution.

Topsy is fed carrots laced with cyanide and electrocuted with 6,000-volts AC in front of over 1,500 spectators. She dies “without a trumpet or a groan” in a matter of seconds. (source)

Edison’s film of Topsy, “Electrocuting an Elephant” is posted below:

Posted on January 4, 2010 by Julie
This entry was posted in EVENTS, SCIENCES and tagged Animals, Science, technology. Bookmark the permalink.