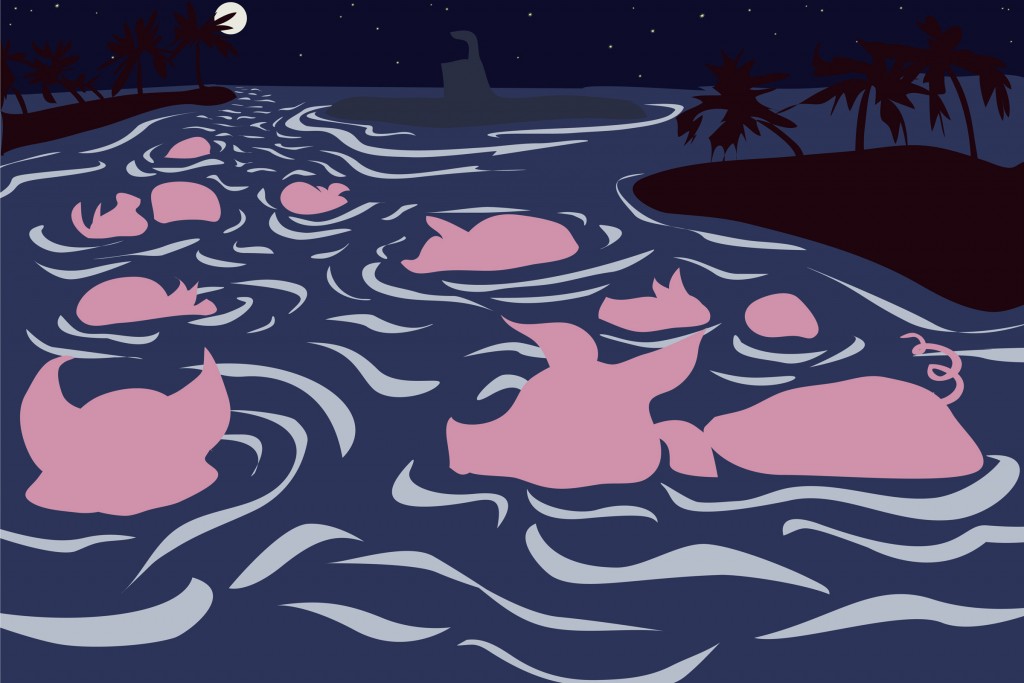 The Bay of Pigs Invasion is a failed attempt to overthrow the Cuban government of Fidel Castro carried out by CIA-financed and trained Cuban refugees.

President Dwight D. Eisenhower’s 1960 plan to overthrow the Castro led government in Cuba uses the CIA to train and arm a force of Cuban exiles for an armed attack on Cuba. John F. Kennedy inherits this program when he becomes president in 1961. Despite warnings that a water-based assault will have little chance for success, Kennedy approves the attack on April 17, 1961. 1,2oo Cuban exiles land at the mouth of the Bay of Pigs where, despite diversionary tactics, Cuban forces are waiting. Castro’s military, trained by eastern bloc nations is surprisingly swift in counterattacks, sinking the exiles’ supply ships, capturing a thousand exiles and killing over a hundred.

The failure of the Bay of Pigs will result in solidifying Castro’s power in Cuba and more support from the Soviet Union including missiles and the construction of missile bases in Cuba, leading to the Cuban Missile Crisis in October 1962.

Posted on April 17, 2012 by Julie
Posted in EVENTS, POLITICS | Tagged Cold War, Communism | Comments Off on Bay of Pigs Invasion