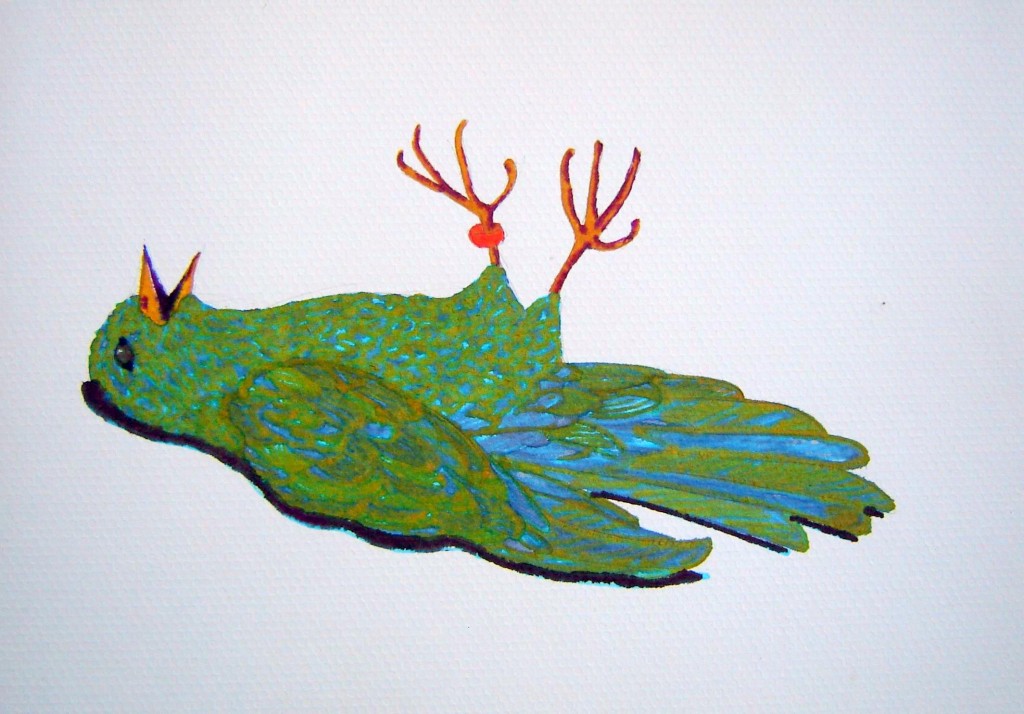 Orange Band, the last Dusky Seaside Sparrow, dies on June 17, 1987. Ammodramus maritimus nigrescens, a non-migratory subspecies of the Seaside Sparrow found in Southern Florida in the natural salt marshes of Merritt Island and along the St. Johns River, is officially declared extinct in December 1990.

The dusky’s demise begins in 1940 when DDT is sprayed on the Florida marshes for the control of mosquitoes. This pesticide enters the bird’s food chain which causes the population to go from 2,000 to 600 breeding pairs. When Merritt Island is flooded with the goal of reducing the mosquito population around Kennedy Space Center, the sparrows’ nesting grounds are devastated, and their numbers plummet. Later, the marshes surrounding the river are drained to facilitate highway construction, a further blow. Eventually, pollution and pesticides take such a high toll that by 1979, only six dusky seaside sparrows are known to exist — all of whom are males, a female having been last sighted in 1975.

In 1983, the last four living dusky seaside sparrows are taken to Walt Disney World Resort to continue crossbreeding and living out their days in a protected habitat on the Discovery Island nature reserve. By March 31, 1986, only “Orange Band” remains. Despite being blind in one eye, Orange Band reaches extreme old age for a sparrow, having lived at least nine years, and possibly as many as thirteen, before dying on June 17, 1987.