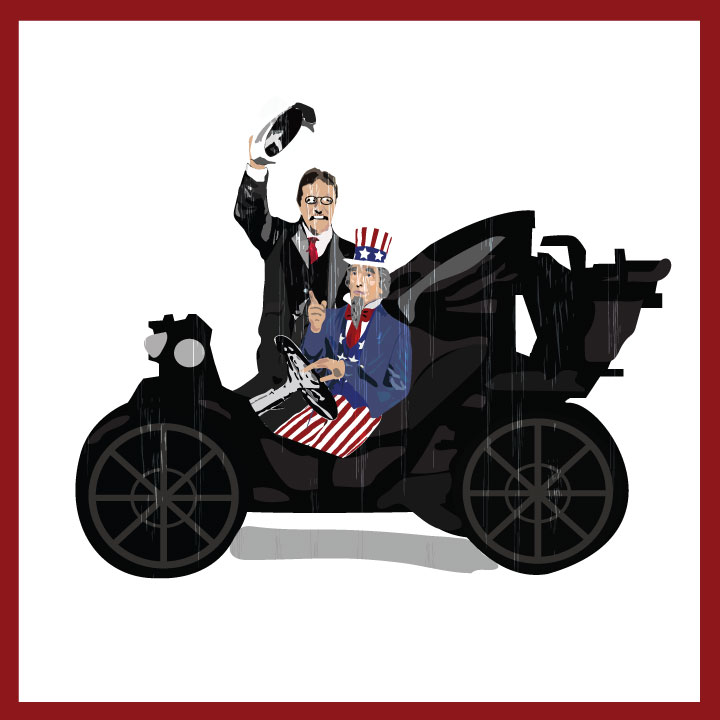 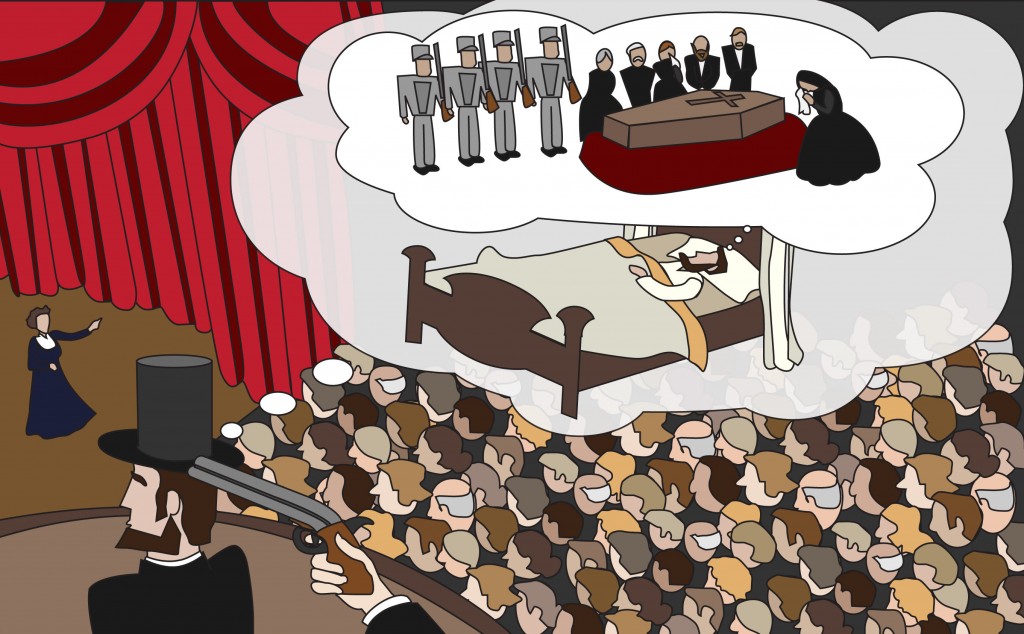 President Abraham Lincoln is assasinated on April 14, 1865, as the American Civil War is drawing to a close. The assassination is planned and carried out by the well-known stage actor John Wilkes Booth, as part of a larger conspiracy in a bid to revive the Confederate cause. Lincoln is shot while watching a play with his wife Mary Todd Lincoln at Ford’s Theatre in Washington, D.C. He dies early the next morning.

Two weeks prior to his assasination, Lincoln dreamt of his own funeral in the White House. Below is his description as related by his wife and close friends:

“About ten days ago, I retired very late. I had been up waiting for important dispatches from the front. I could not have been long in bed when I fell into a slumber, for I was weary. I soon began to dream. There seemed to be a death-like stillness about me. Then I heard subdued sobs, as if a number of people were weeping. I thought I left my bed and wandered downstairs. There the silence was broken by the same pitiful sobbing, but the mourners were invisible. I went from room to room; no living person was in sight, but the same mournful sounds of distress met me as I passed along. I saw light in all the rooms; every object was familiar to me; but where were all the people who were grieving as if their hearts would break? I was puzzled and alarmed. What could be the meaning of all this? Determined to find the cause of a state of things so mysterious and so shocking, I kept on until I arrived at the East Room, which I entered. There I met with a sickening surprise. Before me was a catafalque, on which rested a corpse wrapped in funeral vestments. Around it were stationed soldiers who were acting as guards; and there was a throng of people, gazing mournfully upon the corpse, whose face was covered, others weeping pitifully. ‘Who is dead in the White House?’ I demanded of one of the soldiers, ‘The President,’ was his answer; ‘he was killed by an assassin.’ Then came a loud burst of grief from the crowd, which woke me from my dream. I slept no more that night; and although it was only a dream, I have been strangely annoyed by it ever since.”