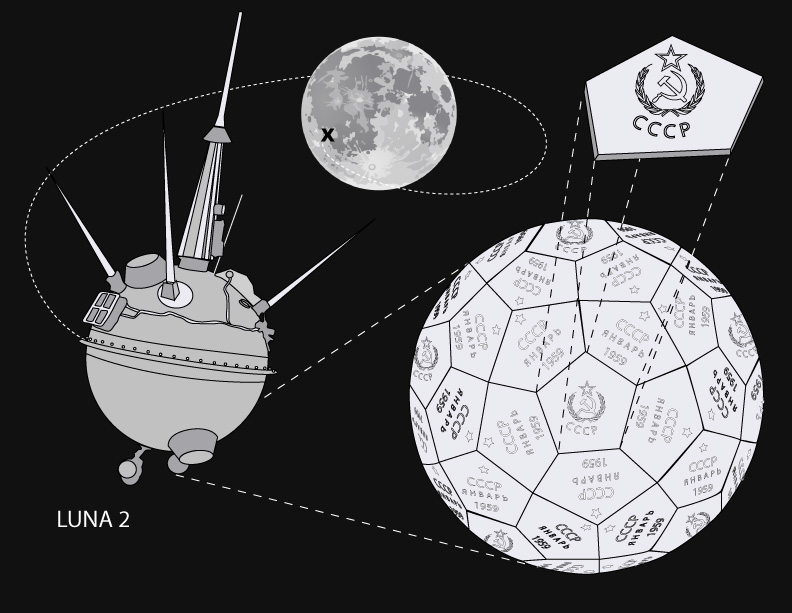 Russia launches Luna 2, the first spacecraft to successfully reach the surface of the Moon. Luna 2, a spherical spacecraft with protruding antennae and instrument parts, has scintillation counters, geiger counters, a magnetometer, Cherenkov detectors, and micrometeorite detectors. It carries two steel spheres, made up of pentaganol commemorative pennants, designed to burst apart on impact and scatter the pennants. The messages inscribed on the pennants are Sentiabr 1959 (September 1959), SSSR (Soyuz Sovetskikh Sotsialisticheskikh Respublik, Union of Soviet Socialist Republics). The state seal of the USSR is the wreath of grain around the hammer and sickle.

Luna 2 will strike the Moon at a relative velocity of 3.3 kilometers per second. Assuming kinetic energy is converted to heat and given the specific heat of steel, the resulting temperature obtained would reach 11000° K; Luna 2 and its pennants will most likely vaporize on impact.