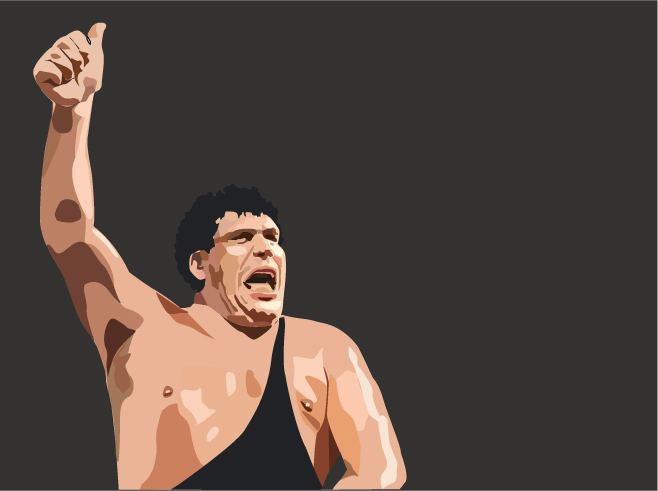 André René Roussimoff (19 May 1946 -27 January 1993), best known as André the Giant, is born in a small farming community in Grenoble, France to Boris and Marian Rouismoff. He is born with a hormonal disorder called gigantism which will make him grow very large. He will become famous as a French professional wrestler and actor, well known as Fezzik in the  movie The Princess Bride. A World Wrestling Federation Champion, Roussimoff will be the first inductee into the WWF Hall of Fame. He is dubbed “The Eighth Wonder of the World.”

Posted on May 19, 2011 by Julie
Posted in BIRTHS, PEOPLE | Tagged Birth, Wrestlig, WWF | Comments Off on The Giant is Born